Not that long ago, a typical American household might have been full of Sony devices. There was probably a Walkman or a Discman lying around, not to mention Sony boomboxes, VCRs, stereos, televisions and a list that went on and on.

These days, most household Sony collections have been whittled to a single product: a PlayStation gaming console. 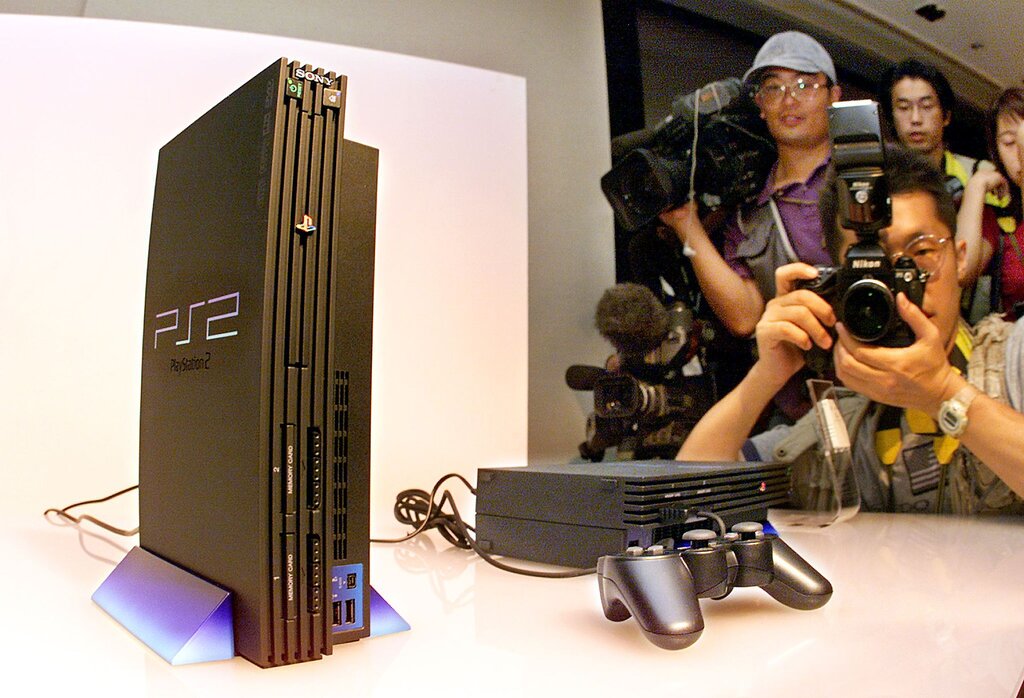 As it prepares to start selling its fifth major game console in 25 years on Thursday, Sony has largely become the PlayStation company. Just as the $160 billion video game industry has outstripped film and music in the global market, the business that Sony started in the 1990s is now its biggest, most profitable division.

Sony bore major responsibility for popularizing entertainment technologies, from the transistor radio to the color television to the cassette tape to the compact disc. Yet the company then squandered opportunities in digital music, smartphones and televisions, leaving PlayStation its most important and powerful link to everyday consumers.

“We’ve had a tough time,” Kenichiro Yoshida, Sony’s chairman and chief executive, said in an interview last week. But the gaming business, he said, has helped the company regain its footing.

Mr. Yoshida helped begin a wrenching transformation of Sony’s culture and business model about six years ago when he became chief financial officer. He cut costs, took huge write-downs in the smartphone division and got out of PCs and mass-market televisions.

Sony’s shares are up more than elevenfold since 2012, profits have risen, and the company is still one of Japan’s largest, with about 110,000 employees and a market value around $108 billion.

“Entertainment, led by gaming, is Sony’s new face, the company’s new growth driver,” said Kota Ezawa, a Citigroup analyst in Tokyo. “There has been a clear statement and direct change in direction by Ken Yoshida to move Sony from a traditional electronics business of selling boxes to a business selling entertainment.”

After gaming and electronics, the company’s largest segments are its image-sensor business — which sells advanced camera chips to companies including Apple and Huawei — and financial services, which include a significant Japanese insurance provider. Sony’s music and Hollywood divisions are its smallest, but have remained relatively profitable in recent years.

“The way that PlayStation has risen above consumer electronics and become the core business of Sony really reflects the shift in how people are engaging in the modern world,” said Damian Thong, a Macquarie analyst in Tokyo. “Many Japanese conglomerates have struggled with this.”

The new PlayStation 5 has been reviewed favorably in the face of formidable competition from a new generation of Xbox game machines introduced Tuesday by Microsoft.

The companies are pursuing different strategies. While Microsoft has attracted more than 15 million users to its Netflix-like game subscription service, Sony is relying on a more traditional retail sales model and the popularity of exclusive new games like Demon’s Souls and Marvel’s Spider-Man: Miles Morales.

Mr. Ezawa, the Citigroup analyst, estimated that Sony might initially lose as much as $100 on each $500 PS5 it sells, though the loss is expected to shrink as manufacturing efficiency improves.

Meet Maria Bakalova, the Breakout Star of the ‘Borat’ Sequel

How Do You Know When Society Is About to Fall Apart?

One analyst predicted five millions sales of the PlayStation 5 this year.Credit...Sony

That’s normal in the top-end console business. Sony and Microsoft each appear to initially sell their gaming hardware at a loss and make profits down the road by selling game software and extracting licensing fees from independent publishers. Piers Harding-Rolls, an analyst at Ampere Analysis, forecasts that Sony will sell five million PS5s this year while Microsoft will move 3.9 million new Xboxes.

Sony attributes much of its success over the last console generation to the popularity of its exclusive game franchises, including stalwarts like God of War (more than 51 million copies sold) and newcomers like Ghost of Tsushima, with more than five million copies sold since its debut in July.

Neither Mr. Yoshida nor Jim Ryan, the British man who runs the global PlayStation business, grew up in the company’s content operations. Mr. Yoshida ran Sony’s unglamorous Japanese internet service provider for many years while Mr. Ryan built PlayStation’s operational ground game around the world — a major component of the brand’s success.

After working at Ford Motor and the software company Oracle, Mr. Ryan joined Sony in 1994 just as it was preparing to introduce the original PlayStation in Europe.

“We used influencers before the word had even been invented,” said Jim Ryan, who runs the global PlayStation business.Credit...Max Miechowski for The New York Times

“My initial assignment was to set up the PlayStation infrastructure in continental Europe, where there was nothing, literally nothing,” Mr. Ryan said in an interview last week. “Like going down to the Ikea in Frankfurt to buy very cheap desks for the PlayStation office there and trying to figure out if we had enough money to pay for someone to come assemble them or if we had to do it ourselves.”

Back then, the major competing consoles came from family-friendly toy companies like Nintendo and Sega. Even before commissioning a spooky PlayStation commercial from the director David Lynch, Sony brought the first contemporary adult sensibility to mainstream gaming.

“Putting video game consoles in the chill-out rooms in the coolest London nightclubs was totally unheard-of, inconceivable back in those days,” Mr. Ryan said. “We used influencers before the word had even been invented.”

Mark Cerny, the architect of the PS5, credited the influence of Sony Music executives on the gaming division’s culture.Credit...Kendrick Brinson for The New York Times

Mark Cerny, Sony’s architect for the PS5 and an adviser to the company for decades, said in an interview last week that the involvement of Sony Music executives in the birth of PlayStation was important. It instilled a respect within the game division’s culture for the creative process and was a precursor of the company’s shift toward entertainment.

The second PlayStation, released in 2000, was a hit (and remains the world’s best-selling game console) propelled by Rockstar Games’ Grand Theft Auto III and Sony’s expansion into new geographic markets.

The PlayStation 4, released in 2013, dominated the competition, selling more than twice as many units as Microsoft’s Xbox One. That victory gave Sony the financial breathing room it needed to mount a revival and perhaps become a beacon for the broader Japanese electronics industry.

Mr. Yoshida has described the PlayStation business and its focus on hard-core gamers as “something of a niche.” That’s because Sony has little presence in either PC or mobile gaming, which together make up about three-quarters of the global game business.

But “niches can be very profitable, and that’s what Sony is focused on,” said Carolina Milanesi, an analyst at Creative Strategies. “They’re not trying to compete with Microsoft and Xbox across the board.”

Even as the PlayStation business thrived in recent years, Mr. Yoshida and the chief executive who preceded him, Kazuo Hirai (a previous leader of PlayStation), subjected Sony to a painful reckoning. In 2014, Sony sold its PC business, refocused its TV business on luxury models and began to reduce costs in other parts of the company, including layoffs.

Wall Street analysts said Mr. Yoshida had made clear his intention to manage the company around financial efficiency rather than other metrics like revenue growth or market share.

Mr. Yoshida acknowledged that any company’s survival ultimately depended on making money, but he said Sony’s true goal, revealed even through video games, went beyond the bottom line.

“Increasing profit is not our purpose,” he said. “Our purpose as a company is to fill the world with emotions through creativity and technology. Profit is a target. Target is different than purpose.”